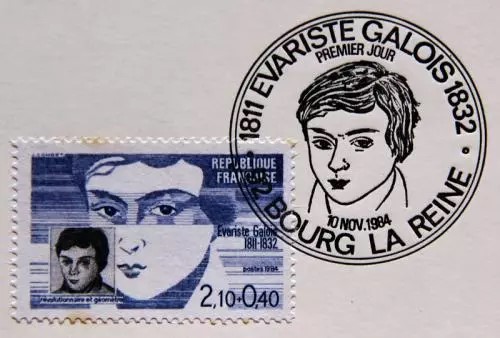 Abelian Group. A group in which multiplication is commutative.

Alternating Group $A_n$. The subgroup of $S_n$ consisting of all the even permutations. it has order $\frac{1}{2}n!$.

Associativity. For all $x,y,z$, one has $(xy)z=x(yz)$. it follows that one does not need parentheses for any product of three or more factors.

Automorphism. An isomorphism of a group with itself.

Cyclic Group. A group $G$ which contains an element $g$ (called a \textit{generator}) such that every element of $G$ is some power of $G$.

Even Permutation. A permutation that is a product of an even number of transpositions. Every $r$-cycle, for $r$ odd, is an even permutation.

Generator of a Cyclic Group $G$. An element $g\in G$ whose powers give all the elements of $G$. A cyclic group may have seveal different generators.

Isomorphism. A homomorphism that is bijection.

Natural Map. if $H$ is a normal subgroup of $G$, then the natural map is the homomorphism $\pi: G\rightarrow G/H$ defined by $\pi(x)=xH$.

Order of an Element $x\in G$. The least positive integer $m$, if any, such that $x^m=1$, otherwise infinity.

Solvable Group. A group having a normal series with abelian factor groups.

Subgroup $H$ of $G$. A subset of $G$ containing $1$ which is closed under multiplication and inverse.

Sylow $p$-subgroup of a Finite Group $G$. A subgroup of $G$ of order $p^n$, where $p^n$ is the highest power of $p$ dividing $|G|$. Such subgroups always exist, and any two such are conjugate, hence isomorphic.